Getting shadows right is vital in compositing!

When you get shadows right, your whole composite looks more cohesive, and your subject fits better within the scene.

The tricky part about making a realistic shadow in Photoshop is getting the right shape and perspective of the shadows so that it matches your scene.

Most of the techniques that I’ve seen for creating shadows in Photoshop involve layer transformation.

In other words, you’re distorting pixels to get the right shape and the proper perspective. Distorting layers could be a difficult task, especially with complex objects and awkward angles.

The goal of this tutorial is to teach you how to create realistic shadows while keeping the right shape and the proper perspective.

This tutorial will use advanced techniques using Photoshop 3D. But don’t let that scare you. I’m going to divide up this tutorial into small digestible chunks so that you can follow along, even if you are new to Photoshop or 3D.

I’ll be using Photoshop CC 2018 for this tutorial, but every step is fully compatible with Photoshop CS6 Extended.

To follow along, you can open any composite in Photoshop. The images themselves are not essential to the tutorial.

I will use a composite of a horse on a street.

Step 01 – Duplicate The Main Subject of Your Composite

Start by duplicating your subject. In my example, I am using a horse, so I will duplicate that layer.

You can duplicate a layer by pressing Ctrl J (Mac: Command J).

Step 02 – Convert the Duplicate Layer into a 3D Extrusion

Then we will use 3D features to make realistic shadows in Photoshop.

Start by converting this duplicate layer into a 3D Object by going into 3D > New 3D Extrusion from Selected Layer.

Note: If your 3D menu is grayed out, it is probably because your computer does not meet the minimum system requirement for Photoshop 3D.

In Photoshop, 3D objects are created by extruding a 2D shape into the Z axis. Much like pushing Play-doh through a dough cutter.

In this case, we extruded the shape of the horse.

The Ground Plane is the grid that you see below the 3D object, and it catches the shadows of the scene.

To make realistic shadows in Photoshop it is important to match the 3D model’s ground plane, to the ground in the photo.

If you want to learn more about 3D, then check out all my Photoshop 3D Tutorials!

When you composite images together, you have to make sure that their perspective matches if you want realistic results.

The best way of matching perspectives is to match the horizon lines of both the background and your foreground element.

As you saw in my Perspective Compositing Tutorial, you can find the horizon line of a photo by following all the parallel converging lines to see where they meet. The meeting point is known as the vanishing point which lays on the horizon line.

If you match the 3D scene’s horizon line with the photo’s horizon line, then you should have a composite that matches in perspective.

The horizon line in the 3D scene is shown as a gray line going across the canvas.

On the bottom left, you will see three icons that control the camera.

When you click-and-drag on the far-left icon, the Orbit 3D Camera icon, you can orbit around the 3D layer.

Rotate your 3D scene until it matches your background’s horizon line.

You don’t have to get it 100%. As long as they are near each other this technique should work.

The default extrusion depth of your 3D model may be too thick. Reduce it if you need to.

From the Properties Panel, adjust the Extrusion Depth slider accordingly.

Step 05 – Match The 3D Model to The Pixel Layer

Once the perspective matches the scene, reposition the 3D model so that it matches the pixel layer.

Click on the 3D object, and use the Move handles to move the 3D model.

The only areas that are important are where the shadow touches your main subject in the ground plane.

This is where the magic happens!

In Photoshop 3D, you can control where the light is coming from, and the shadows on the ground plane will react to any changes made to the light.

Use the overlay to adjust the direction of the light source. As you click-and-drag on the overlay you will see the shadow move.

Try to match the shadows already found on your photo to get more realistic results.

In my example, I AM NOT MATCHING THE LIGHTING OF THE SCENE ON PURPOSE. Because I want to make the shadow noticeable for the tutorial and to give you a better representation of how this technique works.

If you want to adjust the softens (sharpness) of your shadow adjust the Softness slider in the Properties Panel.

When you work with 3D, you need to render your scene to calculate the shape, perspective and look of the shadow.

The noisy low-quality shadow that you see on screen is merely a representation of the outcome, and not the final image itself.

To render your shadow, and see the final image, use the Marquee Tool to select your shadow.

Then click on the Render button in the Properties Panel.

Rendering a 3D scene may take some time. The duration depends on the complexity of the scene and the speed of your computer.

Note: You can stop or cancel the render by pressing the Esc key on the keyboard.

Once your shadow finishes rendering, you can rasterize it (convert it into a normal pixel layer).

Right-click on the layer and select Rasterize 3D.

Step 10 – Reposition the Shadow to Match Your Scene

From the Layers Panel, move the shadow layer below the horse layer and rename the layer “Shadow.”

If you need to reposition the shadow so that it fits the composite better, Press V on the keyboard to select the Move Tool. Then click-and-drag the shadow and place it accordingly.

Once your shadow is in position, hold Alt (Mac: Option) and click on the Layer Mask icon to create a mask that is completely black instead of white.

A black Layer Mask hides every pixel in this layer.

Step 12 – Paint The Shadow Back In

The select the Brush Tool, and paint with white on the Layer Mask to reveal the shadow.

If you prefer, you could instead render the 3D shadow without the 3D Object.

To do so, click on the “Invisible” checkbox in the Properties Panel. This option hides the 3D object, but the shadow remains on the Ground Plane.

“Could Not Complete the New 3D Extrusion” Warning

If you get this notice:

“Could not complete the New 3D Extrusion from Selected Layer command because the path is too complex.”

It might because you have a mask that has too many semi-transparent pixels (not completely visible or completely hidden).

Photoshop CS6 is a little less forgiving than Photoshop CC. I tried the same shape on both versions and CC can convert more complex shapes.

No matter what version of Photoshop you are working in, if you get this warning, you should create a mask with straight sharp edges that represent the main shape of your object. Don’t worry about small details like flyaway hairs.

You could also try making a Vector Mask instead, and use the Pen Tool to create a simple shape.

And there you have it! That’s how you can make realistic shadows in Photoshop!

Give it a try! If you create something using this tutorial you can share your results on Instagram with the hashtag #ptcvids!

Check out our Photoshop Techniques section for more tutorials like this! 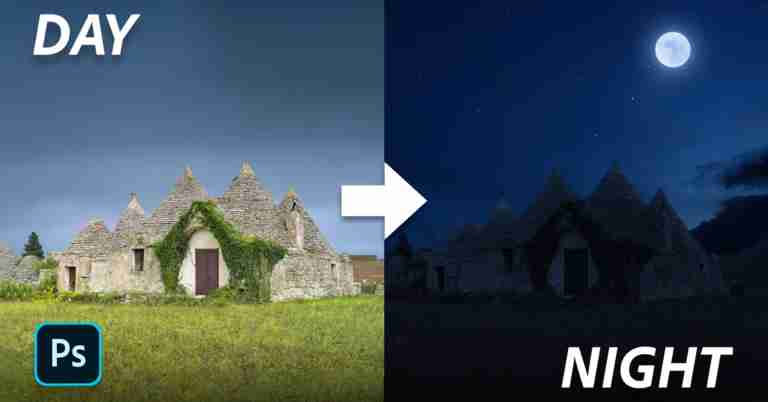 Learn this unbelievably easy and effective technique to turn day into night in Photoshop! 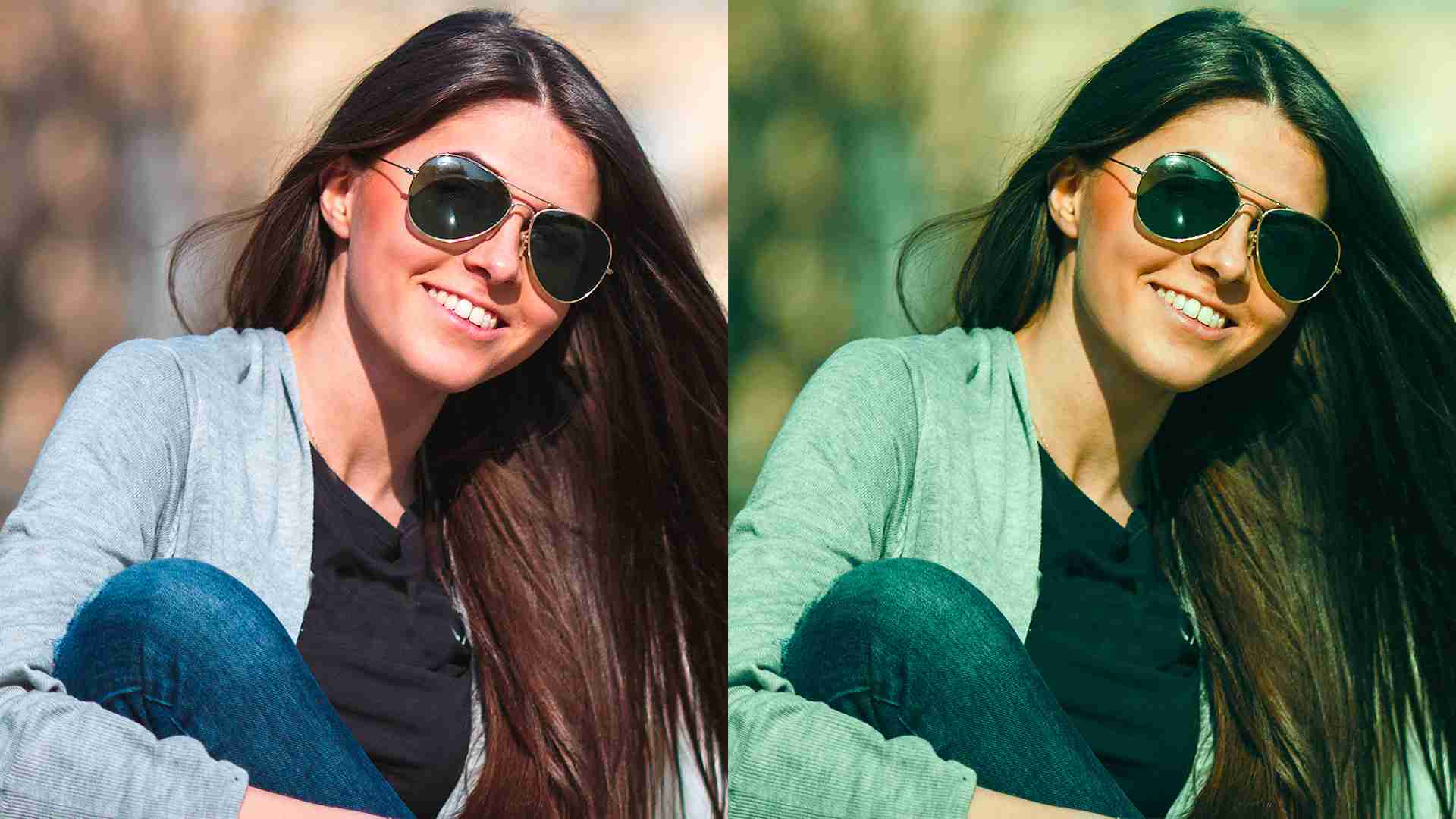 Photoshop tutorial that teaches you how to create Color Lookup Tables from scratch using Adjustment Layers and how to apply it to an image. 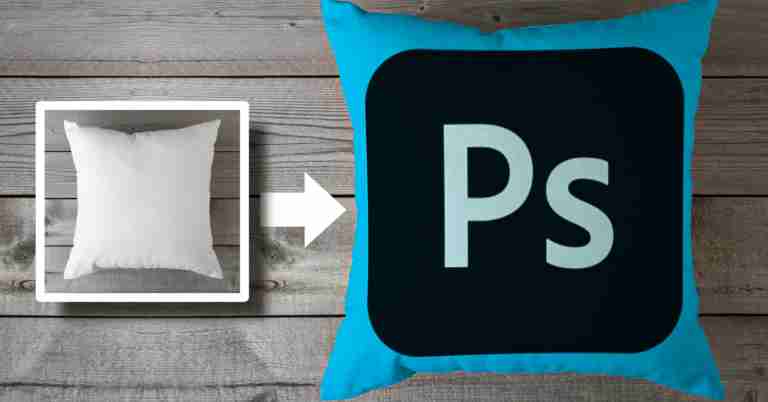 In this quick tutorial, you will learn to use blending modes and layer masks to create a realistic pillow mockup in Photoshop! Learn to easily turn summer into winter in Photoshop with the Hue/Saturation Adjustment Layer! In this Photoshop tutorial, you will learn how to use Artificial Intelligence and Actions to create Automated Vector Masks. Learn how to make beautiful, customizable drop shadows in Photoshop to make your text POP!

Michael, you can render the shadow without the object by clicking on the “Invisible” checkbox.

I am using 3D layer from file. It is not an extrusion layer. Actually when I render nothing happens – obeject is visible after render 🙁

I am sorry. I figured it out, but it render with silhouette of object. So accordingly object is still visible 🙂

Everything is okay! Thank you very much 🙂